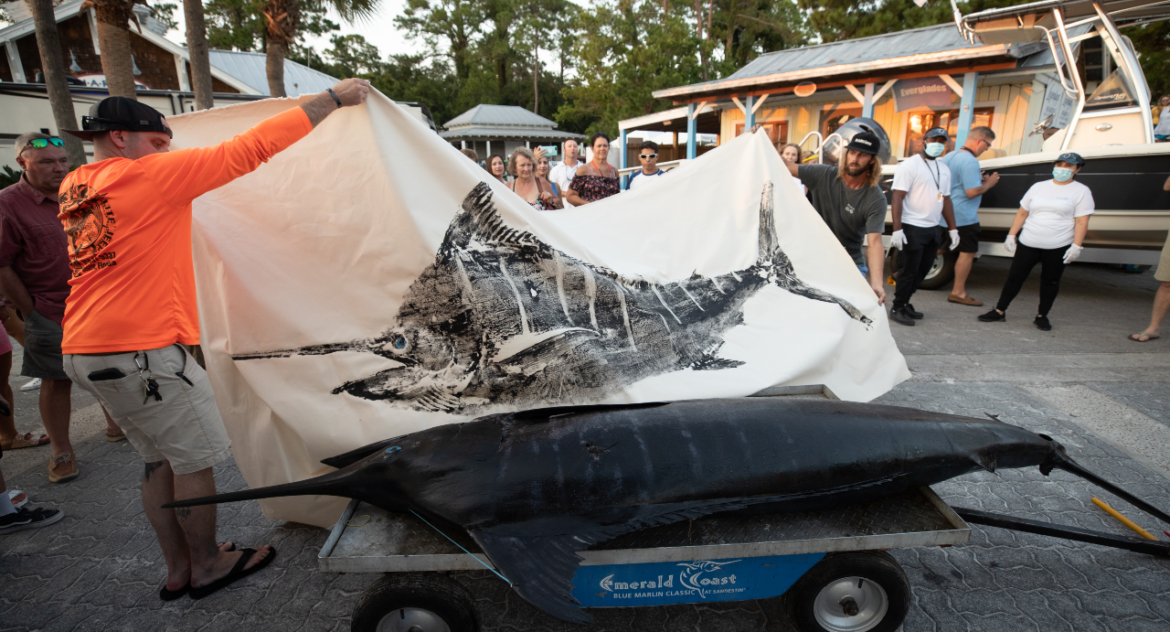 Gyotaku — “gyo” meaning fish and “taku” meaning “rubbing” — is still practiced and has evolved beyond Japan to inspire a modern art form. Enter Harley Van Hyning, a beach-born waterman and surfer turned artist. Harley was born on Eglin Air Force Base in Western Florida and now resides permanently in Destin. Harley has both art and a love of the water deep in his heart. As a child, he was artistically influenced by his mother Anna, a London-born painter educated at The British Royal Academy. “Growing up I was always seeing my mother paint. I think I absorbed that like a sponge and I just took to it naturally.” After endless hours of his childhood spent Pompano fishing with his beloved step-father Randy, he began surfing at thirteen and his passion for the gulf and its inhabitants was sealed. “There’s a connection I have with the sea that is really special. In high school, I really liked James D. Audobon and Salvador Dali.” Harley says throughout his formative years Anna and Randy nurtured and encouraged his organic love of the natural world and different forms of art. He tells me, “If it wasn’t for both him and my mother, I wouldn’t be who I am today.” Harley thought briefly of attending The Savannah College of Art and Design. Instead, after graduating from Fort Walton Beach High School he went on to study advertising and marketing at The University of West Florida.